Museum of the City of New York

Inside Scoop: Museum of the City of New York

The Museum of the City of New York explores the city’s past, celebrates its present, and imagines its future. The engaging exhibitions here offer New Yorkers and visitors from around the world information about the city’s distinctive character, especially its heritage of diversity, opportunity, and perpetual transformation. As the Wall Street Journal puts it, “For anyone curious about all things New York…the Museum of the City of New York has answers.” Discover the Past, Present, and Future

The Museum’s three first-floor galleries are devoted to New York at Its Core, a groundbreaking ongoing exhibition where visitors discover 400 years of New York City history. New York at Its Core captures the human energy that drove New York to become a city like no other, featuring the city’s “biggest personalities”—Alexander Hamilton, Fiorello La Guardia, Jane Jacobs, and Jay Z among them. The stories of lesser-known New Yorkers, like Lenape chieftain Penhawitz and Lower East Side denizen Susie Rocco, also figure prominently in the exhibition. The Future City Lab invites visitors to delve into the issues facing NYC over the coming years in an immersive, hands-on space.

Special exhibitions throughout the rest of the museum focus on issues ranging from the city’s history of social activism to New York’s built environment. Timescapes, the award-winning short documentary narrated by actor Stanley Tucci, allows viewers to watch the history of the city unfold in 28 minutes. Showtimes are every 40 minutes and free with admission.

Whether you are a die-hard New Yorker or first-time visitor, the Museum of the City of New York is the place to explore what makes New York New York.

Daily from 10 am to 6 pm with the exception of Thanksgiving Day, Christmas Day, and New Year’s Day. Check museum website for early closings.

Museum of the City of New York Photos The major question for tourism right now is whether Omicron is another Delta—suppressing travel and spending—or whether this variant will prove to be a milder version with less effect on New York City. Early reports are favorable from a tourism perspective. For the third week in a row NYC tourism has a game changer. As of today, the vaccinated can go maskless (with exceptions, of course, like hospitals and public transportation). Normalcy is returning, quickly, and City Guide is seeing a rise in interest in NYC travel. The subways are back to 24/7. Take a look for Lion King or Hamilton tickets and you'll find availability is already down to scattered singles. This week's announcement by Governor Cuomo of a May 19th accelerated reopening will ripple out across every segment of NYC. We anticipate Broadway shows will begin announcing September dates as early as next week. Retail, food, gyms, amusement parks, salons, and houses of worship will all fully reopen within the constraint of 6 feet of social distancing (and that can be waived if everybody is vaccinated or tests negative for COVID). The outdoor social gathering limit increases to 500 on May 10th and the indoor social gathering limit increases to 250 on May 19th. The subway will run 24/7 once again. The situation for city tourism is changing in a New York minute. The latest guidance from the Governor gives us extended bar and restaurant curfews, zoo and museum capacity expanded to 50%, and movie theaters up to 33%. Sports and large event capacity moves to 25% as of May 19th. The city's COVID rate is the lowest its been in almost five months. In addition, there are plenty of green shoots on the reopening front, especially for culture. You probably never thought you'd be uplifted by reports of increased rat activity in the city, but such are the times we're living in. The uptick in rodent complaints reflects an increasingly bouncing back city. In more pleasant indicators, subway ridership just had its first 2 million-plus rider day in eons; nationally Uber saw rides spike almost 10% in March. There's much more on the opening front, too. 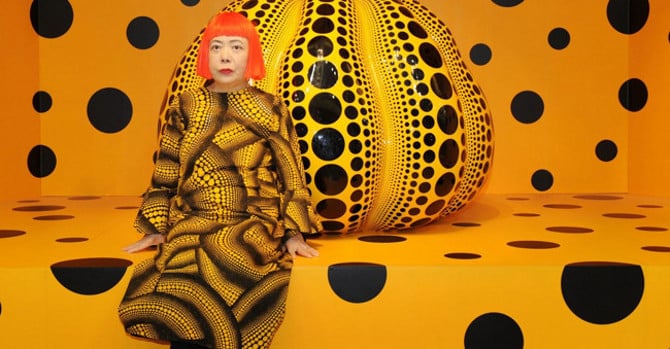 We are again overflowing with reopening news, as vaccine eligibility further expands and the CDC greenlights travel for those who've got their shots. Live theatre, music, and comedy have returned at least in part—even Jerry Seinfeld is back.

The world's smallest art masterpiece. The famous art you're probably carrying in your wallet. New York City’s unique resilience. The Behind The Experience video series discovers these and more little-known city secrets hidden inside the Museum of the City of New York. NYC Secrets: Behind The Experience Videos

New York City has secrets and City Guide loves to seek them out. Our new video series Behind The Experience takes you backstage of NYC's most intriguing places with the experts who know them best. Whether you're curious about museums, attractions, restaurants, travel, cultural venues, or the history of New York City itself, you'll find insights here that you can't get from a company webpage. As much as it may feel like 2021 is picking up right where 2020 left off, we are already in a different world less than two weeks into the year. Disturbing as the violence last week was—and the threat of more to come—we have seen the resilience of our institutions. Vaccines are rolling out across New York City, financial markets are optimistic, and interest in travel inspiration is at a pandemic-era high. Already we are seeing headlines like "The COVID Vaccine Travel Booking Spree Is On." We've got some tips for tracking down some of New York City's tiniest attractions and making the most of your technology for getting great Instagram shots of them.

11 Autumn Exhibitions You Need to See in NYC

This fall, get ready for fantastic fashion, immersive installations, and much more at museums throughout New York City. We’ve rounded up 11 exhibitions to mark on your calendar, from the retrospective on a socially minded street artist to collaborations between artists and AI developers. JR Chronicles at Brooklyn Museum, Anna Sui at MAD Museum, Manual Override at The Shed, and more. Learn about the start of Blue Man Group, and immerse yourself in their wacky world at the exhibition Blue Man Group: Ready…Go! at the Museum of the City of New York.

Tag This: 'Beyond the Streets' Celebrates Graffiti and Street Art

The new exhibition Beyond the Streets, opening June 21st in Williamsburg, Brooklyn, celebrates the artwork of more than 150 graffiti and street artists from around the world. The past to present lineup includes LADY PINK, TATS CRU, SJK 171, Shepard Fairey (who is celebrating his 30th anniversary with Facing the Giant: 3 Decades of Dissent), extensive ephemera from the Beastie Boys, and much more. A legendary New Yorker is receiving retrospectives at two museums this year. Baseball giant and civil rights activist Jackie Robinson will covered at a Museum of the City of New York exhibition as well as his own namesake museum in honor of his centennial. Read on for a brief biography of the American hero and a synopsis of his exhibition and museum.

Where to Find Affordable Lunches Near Museum Mile

Museum cafes along NYC's Museum Mile can be crowded and expensive, while the rest of the area is mostly beautiful brownstones. But we’ve got you covered on the secret (and not-so-secret) spots for quick, cheap lunches so you can get back to your day of art!